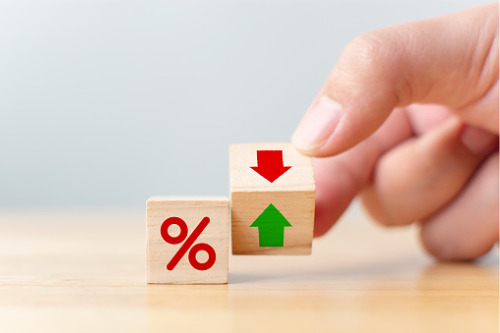 Several clients have been discussing with us the issues of inflation and then interest rates and how it affects them.

Their primary issue is:

How does it affect my day to day expenses (called “Cost of Living”).

If you haven’t heard it yet, you will undoubtedly hear it soon, as this is already one major topic of discussion at the moment, with both sides of politics in the blame game for who will be the next PM!

You will see both sides blame each other for the increase in inflation, and then somehow that one side of politics or the other has been responsible for:

There is a lot currently going on around the world and many events over the last 18 to 24 months. To give some context, we thought we would help clients with a bit more background and assistance on how this could affect you, your family, your income, and your business.

A quick history lesson over the last 24 months

What about property and Investments?

With the pandemic, many so-called experts were saying that property, particularly in Australia, was going to go down by 40%. Property has, in fact, gone up.

Many people are now saying that the property market is overheated, but we don’t think that either.

With that as a background, we provide a few things for you to review and consider – including the usual investment psyche and the cycle of emotions, plus some questions and answers on inflation and interest rates, that we thought were very timely and written in more understandable terms.

a) Investors – as inflation and interest rates affect profits and, therefore, dividends. It can impact different investments and businesses in different ways.

For most clients who are relying on their investments for dividend income, it may positively affect them in that interest rates may go up (albeit slightly); therefore, better income returns. Or they may affect profits, which brings profits down and, thus, dividends down.

b) Borrowers – as the cost of finance now increases. Many clients have home loans or business loans and have been asking about fixing rates or not fixing rates.

For investors, the current climate brings uncertainty. Some economists and analysts believe that the current situation is similar to the Iraq / Kuwait war that was in 1990. That war helped the US and the global economy out of the recession after the 1987 stock market crash. Other economists are of the view that this could be similar to a GFC, with high demand for renovation and homebuilding.
Our usual approach is to sit somewhere in between.

Interestingly, in the Cycle of Market Emotions poster from Russell Investments. the Iraq / Kuwait War in 1990 did not make it as “a world event” that caused emotion! (Click the poster for a better view) 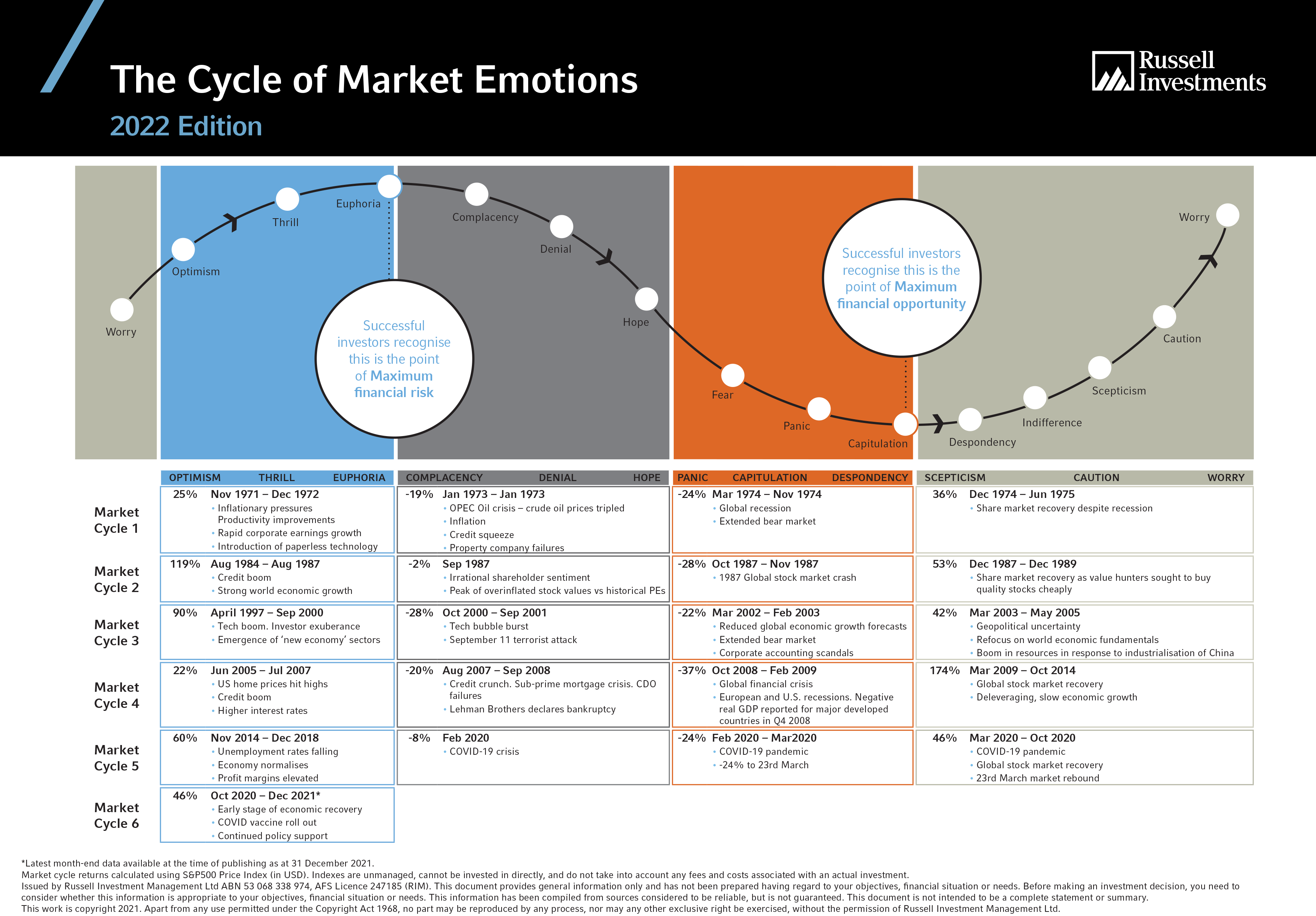 For more on this and also how the Interest rate affects the stock market, see this article.

Questions & Answers extracted from the CBA

At 5.1 per cent, inflation is running at the fastest annual rate in 21 years.

Why has this occurred and what does it mean for interest rate settings?

Why is the inflation rate so high?

A lot has to do with global factors – Covid and the war in Ukraine. In the March quarter, fuel prices rose by 11 per cent, to be up 35.1 per cent on the year. The annual lift in fuel prices was the biggest since the 1990 Iraqi invasion of Kuwait. Across the globe, oil production is not keeping up with demand, causing oil supplies to soar. Indeed, the impact hasn’t just been at the petrol pump; rising transport costs have boosted prices for a raft of items like food. 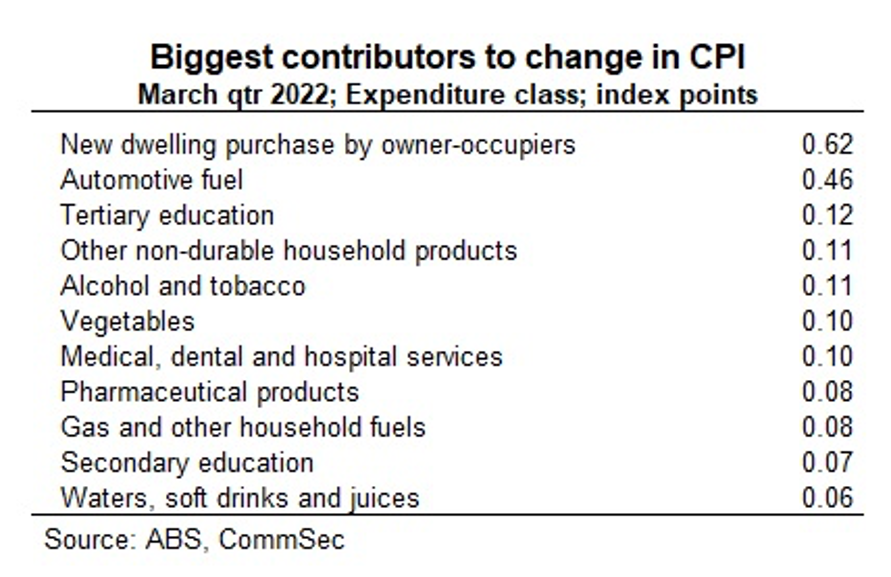 But apart from higher oil prices, what are some of the other factors driving inflation?

And other countries are also experiencing higher inflation rates?

So if inflation is rising across the globe what can the Reserve Bank do?

So will the RBA lift interest rates?

Yes, we expect that the RBA will continue to lift rates over the short to medium term. While the RBA can’t influence world fuel prices and supply-chain issues, it can influence the pace of the Australian economy. A modest lift in interest rates can dampen economic activity and, therefore inflationary pressures. With the economy in solid shape and the job market tight, there is no need to keep the official cash rate at record low levels (As of 3 May 22, it is at 0.35%). Current super-stimulatory monetary policy settings (interest rates) have outlived their usefulness. 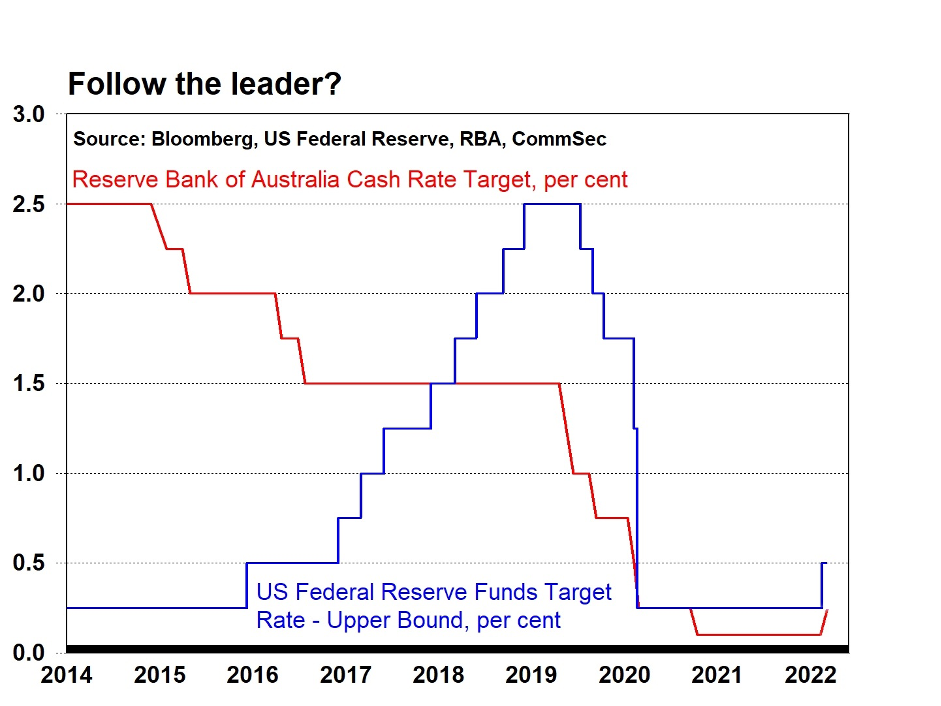 When will rates rise and by how much?

Does the election affect the timing of rate hikes?

And by how much are rates expected to rise?

How much have rates risen in other countries?

How high can rates go in Australia?

So bad news for borrowers?

What are other issues to consider when considering interest rates and inflation? 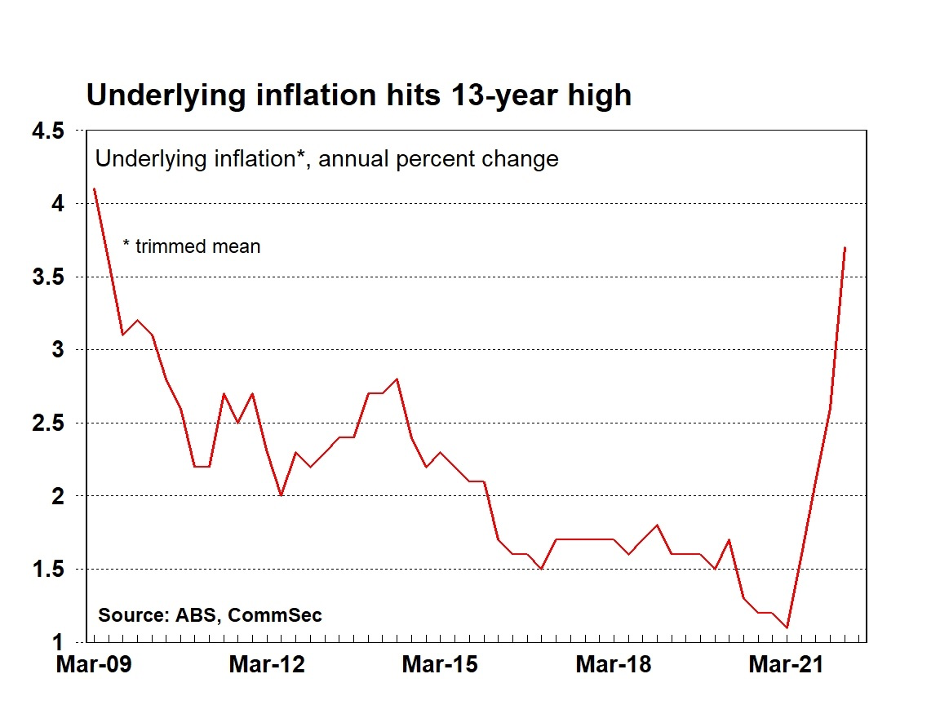 What does this mean for investment markets? 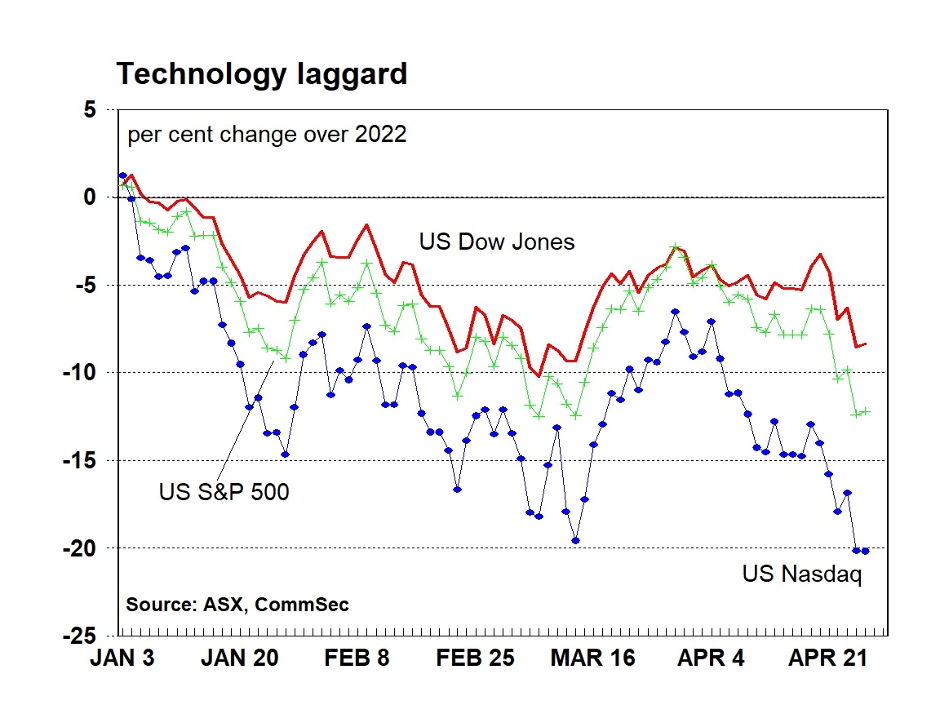 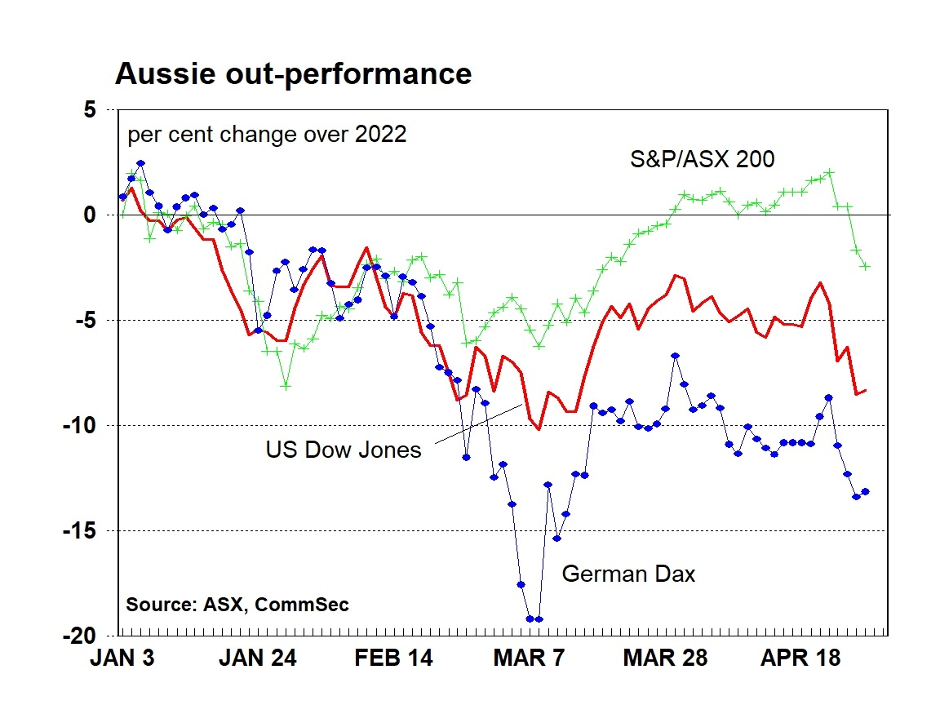 We are here to help

As with everything, If you need any assistance with your situation, please contact our Client Care Team on (08) 9227 6300 or via our Contact Us Page for more information.