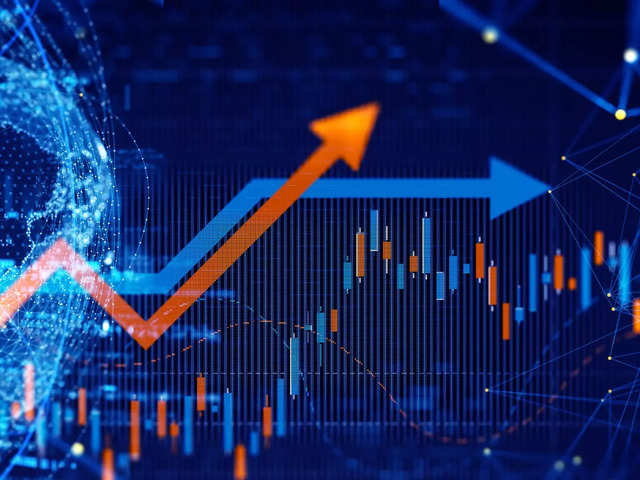 The RBA has started raising rates.
What does it mean for my shares?

Although we touched briefly on this in our recent Interest Rate Update, we thought we’d turn our attention specifically to the sharemarket & touch on housing prices.

Will my shares go up or down?

Surprise, surprise… it’s not that simple.

There is an ambiguous relationship between rising interest rates & the Australian share market.

While higher rates can put pressure on share prices by making shares appear less attractive, early in the economic recovery cycle, this is offset by still improving earnings growth.

Sometimes rising interest rates have been bad for shares, as in 1994, for example, but shares have powered ahead at other times.

For example, between 2003 & 2007, shares went up as interest rates rose, with shares only succumbing in 2008, after multiple rate hikes over several years & the GFC. 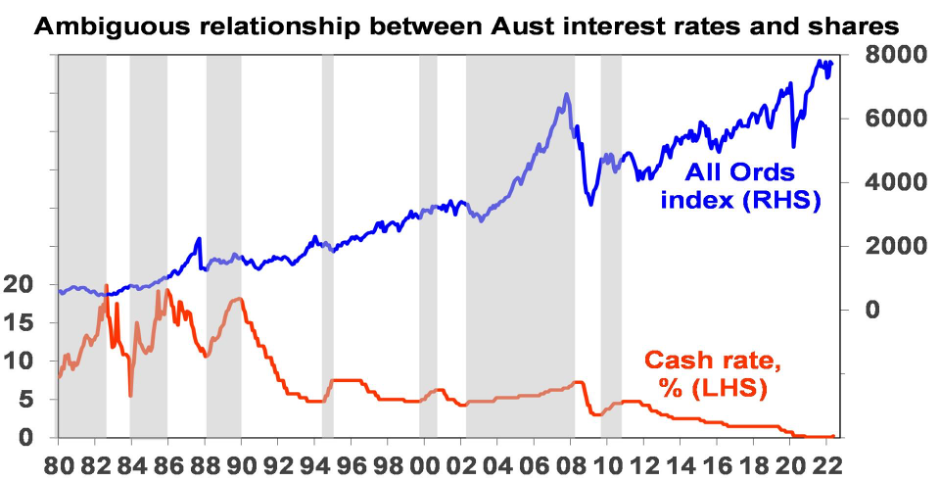 Several considerations are worth noting. 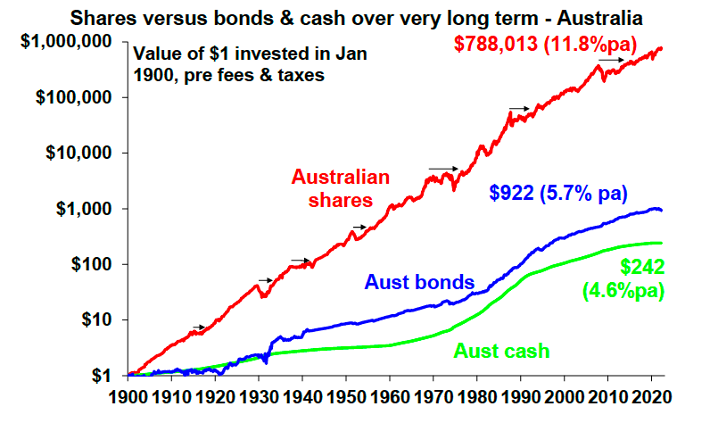 And specifically the banks?

Just for context, this is the first rate hike in 12 years…. yep, 12 years! Rates are still manageable.

It is a general economic axiom that as interest rates decrease, so do bank profits. Yeh, right?

And as interest rates rise, so too do bank profits due to higher Net Interest Margins.

While interest rates were crunched to the lowest rates EVER, the banks were still killing it – even in our “new normal” COVID cohabitating world. So increasing rates from a shallow base is like fuel prices going from $1 to $1.03 per litre (those were the days).

Even when the Australian cash rate increases further, S&P said that “…in our base case, we expect house prices to remain flat or show only modest falls in the next year”.

And that “Australian banks’ gross earnings will likely benefit from rising interest rates”, so bank credit losses should be contained.

“… because of the nation’s favourable employment outlook, it is unlikely that there will be any significant increase in mortgage defaults. Banks have used buffers in serviceability assessments, while borrowers have benefited from a pandemic build-up in savings and repayment buffers, which will help absorb higher mortgage repayments.”

The RBA has noted that “…the median excess payment buffer had increased to an equivalent of 21 months of required payments, up from 10 months at the beginning of the pandemic.”

Even though many have already overextended themselves, this is usual & banks have provisioned accordingly. – Recent data suggests that they are the demographic that also uses BNPL Buy Now Pay Later facilities (or, as we like to call them, Buy Now Regret Later).

Anyone who has applied for a loan recently knows that you have to be able to prove that you can service repayments at 5%. Remember that old saying? If you want a loan from a bank, you must first prove that you don’t need it.

And our all-time favourite Chart

And the price of my house?

This all depends on where you live. In many suburbs & cities around Australia, property prices have only just recovered above the pre-GFC peaks.

So, nothing much to see here, folks….

At the early stages of a period of rising interest rates, banks & defensive sectors tend to be favoured over technology & consumer discretionary sectors.

Higher rates mean they make more money. Although margins can be squeezed, the revenue benefits outweigh the risks, particularly in the early stages.

The rise in Australian interest rates to 1.5% by year-end is unlikely, on its own, to derail the cyclical bull market in shares.

But an environment of rate hikes will result in a continuous period of volatility for shares.

So keep your seatbelt fastened & your tray in the upright position (I can’t wait to hear those words again from our friendly inflight cabin crew).