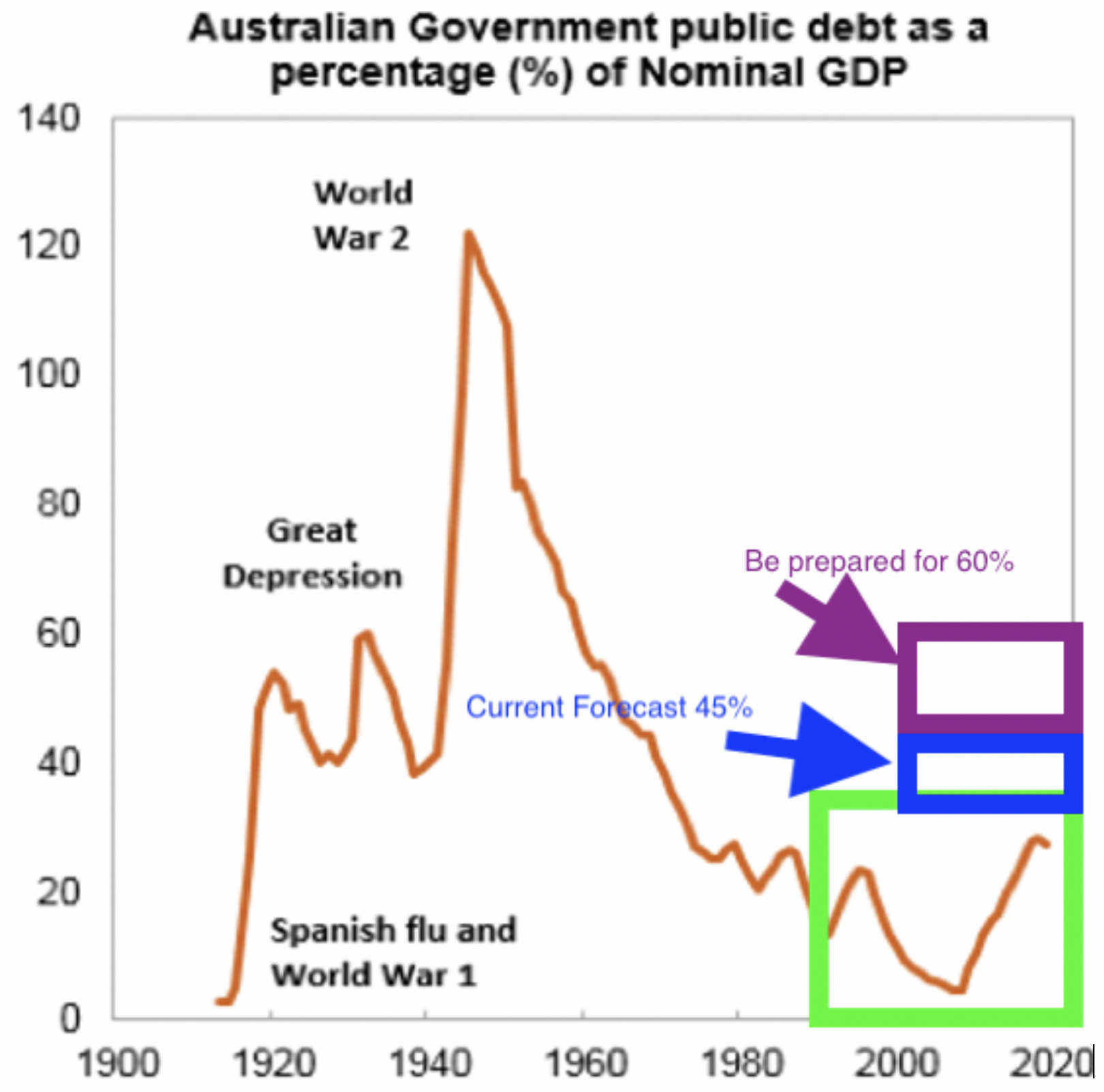 Although the numbers have changed up, since our last Newsletter, the investment that the government is making is well worth the money. There’s been no alternative.

Even if the deficits and debt end up being twice what the government is projecting, debt will still be just over 60% of GDP, a level that would be the envy of most other countries, many of which don’t have the potential to grow and recover that Australia does.
Following from our previous graphics, this is what 45% of GDP deficit looks like. But, be prepared for this to blow out further to around 60%: 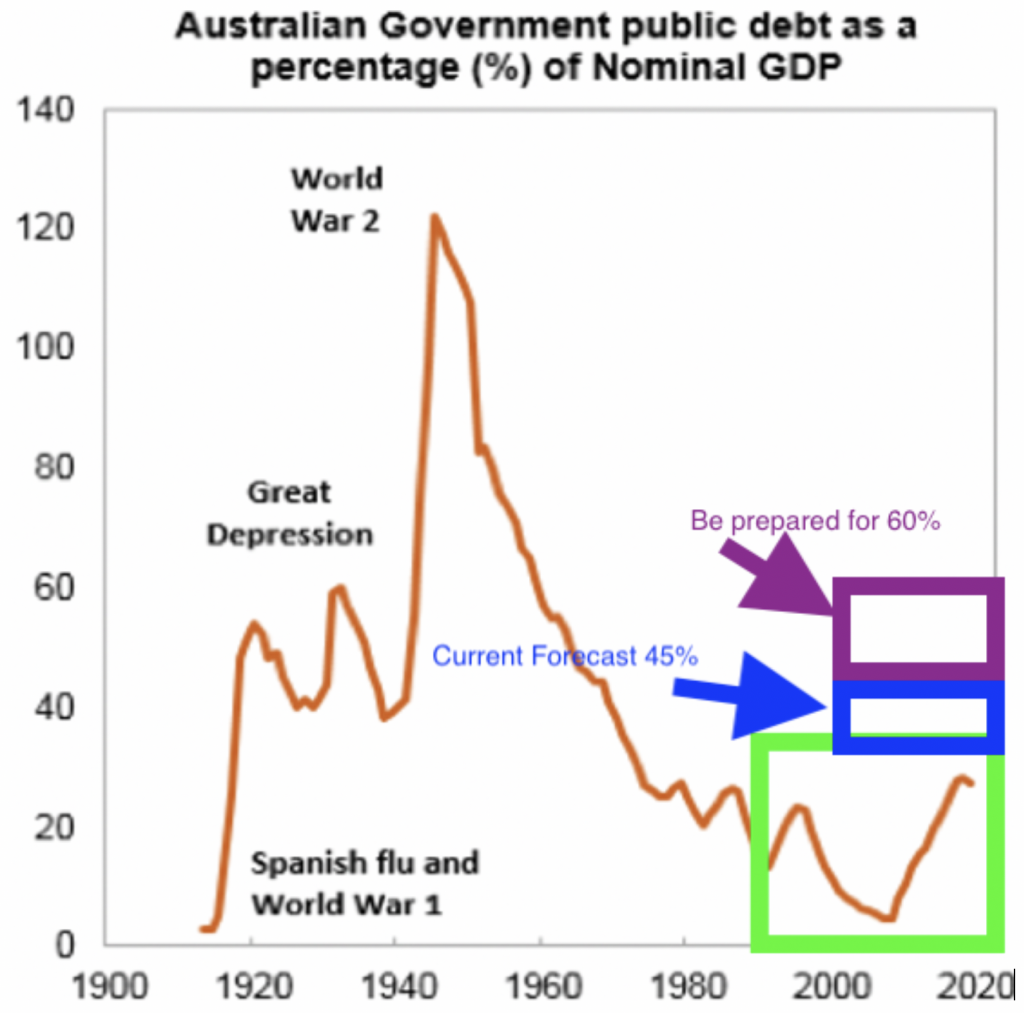